Standing in a crowd of forty seven thousand runners is pretty incredible! As I ran across the start line, I was buzzing! I had spotted a pacer and decided to stick with him until the half way point. 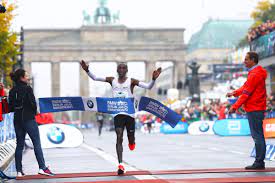 In November last year, I flew to LA to shoot the latest adidas running campaign. This campaign also featured GB World Champion sprinter, Nethaneel Blake & South African Olympic runner, Dominique Scott-Erfud. (I did my best to keep up!) I’m so excited to see the campaign this week in stores and online. Yesterday, I woke up […]

Earlier this month I visited Cape Town for the first time. To be totally honest, I didn’t know very much about South Africa and it wasn’t somewhere that I’d ever considered adding to my travel wish list. A few days before Christmas, I got the confirmation of the shoot dates and location from the adidas […]

This morning I ran the adidas City Runs 10K in Shoreditch. It was SO FUN! If you’ve never signed up to a road race before, here’s a few reasons that you really should . . .

RUN FOR THE OCEANS | ADIDAS PARLEY

This week I learnt more about the partnership between adidas and Parley. Together, they are working to