Last week I was invited to join ‘The Pack’ spin class at Virgin Active. A 60 minute class where three teams compete in four mega tough challenges. The class is super fun and really brings out your competitive spirit!

I was the pack leader for the fitness family team. I was joined by bloggers Hannah and Emily (Twice the Health), Tara (OnThatFlex), Mummy blog royalty Anna Whitehouse (Mother Pukka), Shakira Akabusi (StrongLikeMum), Danielle Linton (KeepItSimpELLE) & Fabianne (TheFashionNutritionist). What a team! Remember, us Mama’s have been through the toughest workout on earth, LABOUR! Our challengers. . . The blue team was lead by gorgeous TV presenter and DJ, AJ Odudu. 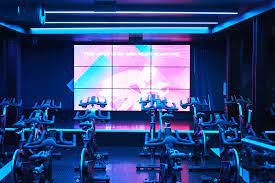 The yellow team was lead by John Robertson, founder of The Everyday Man. 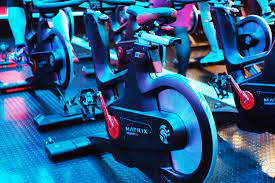 During the class you can see your team on a big screen at the front of the studio. It doesn’t show individual efforts but instead a pink, yellow and blue symbol shows you which of the teams is leading in each of the challenges. I definitely worked harder than I would in a regular spin class. I pushed myself hard in an attempt to lead my team to victory! I’m telling you it gets completive in there! AJ’s playlist also motivated us throughout the class, we were all singing along to the Black Eyed Peas and Pharrel! ???? 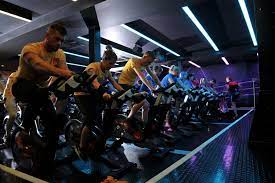 After a whole hour of spinning and sweating, our team were crowed the winners! We won 4 out of 4 of the challenges! The yellow team actually covered more distance but as a team, we were faster. After the class we refuelled with SoulmateFood smoothies. What an awesome way to start the weekend!

I’m definitely going back to The Pack class again soon. You can book the class as a team or if you go solo then you will join a team when you arrive. If you’d like to try a class for free, you can sign up here.

Thanks for having me Virgin Active and mega shout out to my incredible team! You smashed it !!!